SIS – Academic Excellence Awards 2017-18 for the Junior Section Grades III to V were presented to the winners in a specially arranged assembly. Students received awards in different categories that included SIS Scholar Badge; Scholastic Achievement Badge; Co-Scholastics Achievement Badge; 100 % Attendance Badge. Principal’s Honour Badge was presented to the students who received both the Scholar’s Badge and the Co-Scholastic Badge and having no record of indiscipline.

It was a proud moment for all students who received the awards and an inspirational moment for Huzaifa Maab Ahmed of Grade IV who achieved the IBT Honour Certificate and Award for Excellence in recognition of his outstanding performance in the Middle East in English for the International Benchmark Test 2017 and Mohammed Saleh Salman of Grade IV excelled in GREEN Olympiad (Level 2). Examination conducted by the Energy and Resources Institute (TERI) and was declared as the ‘Country Winner’ from Qatar. 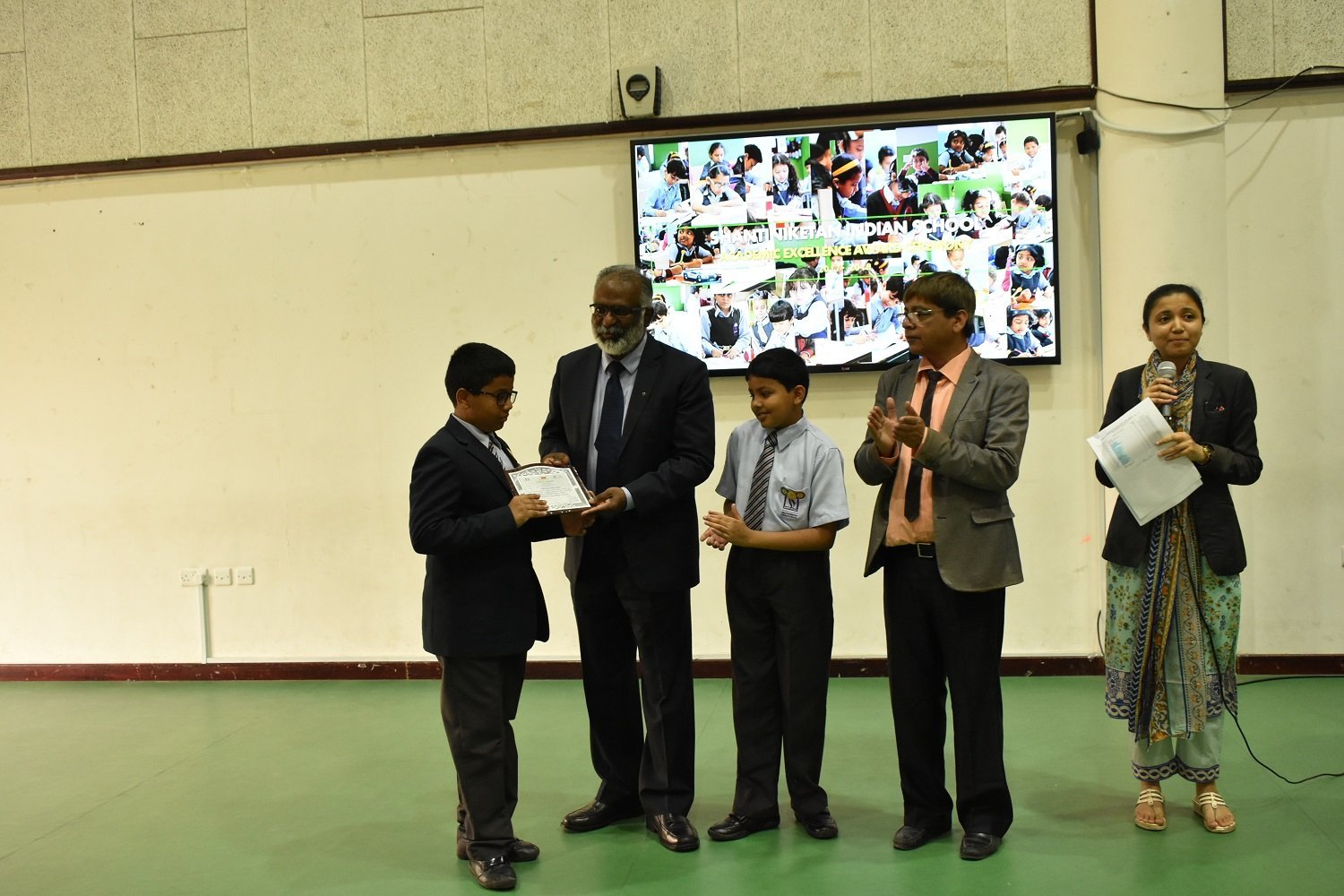 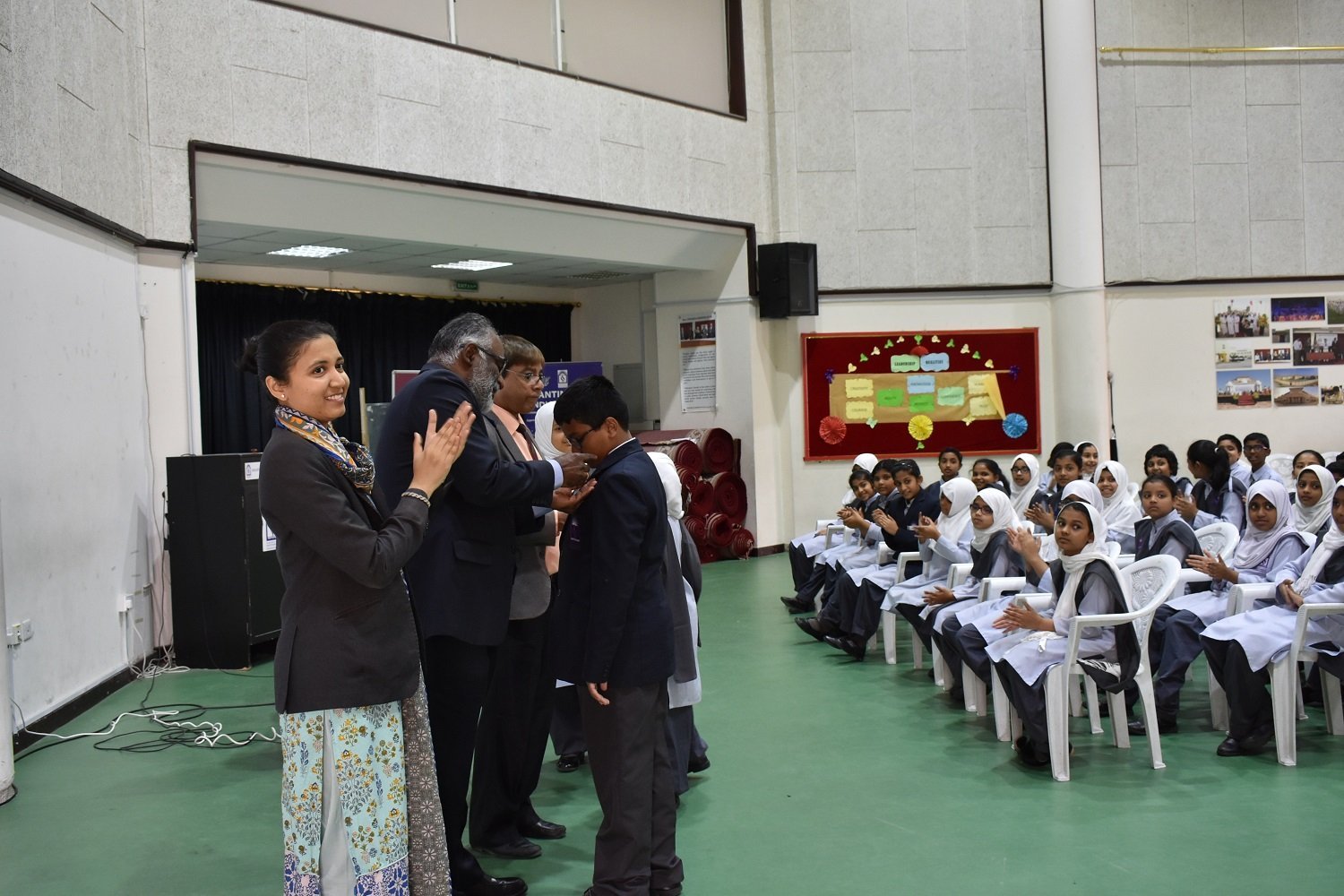