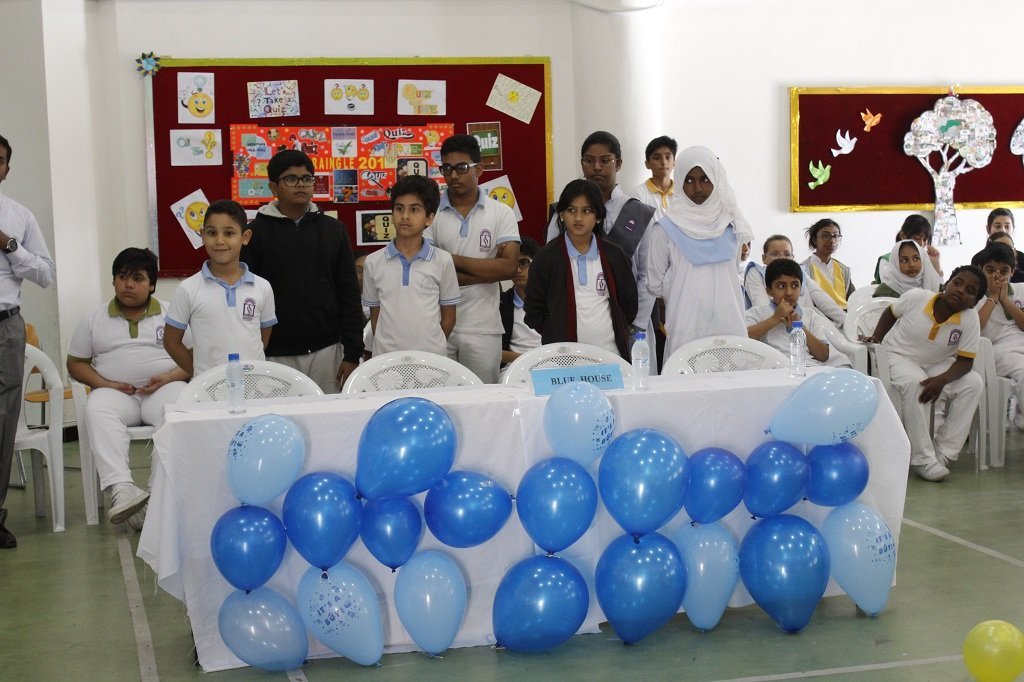 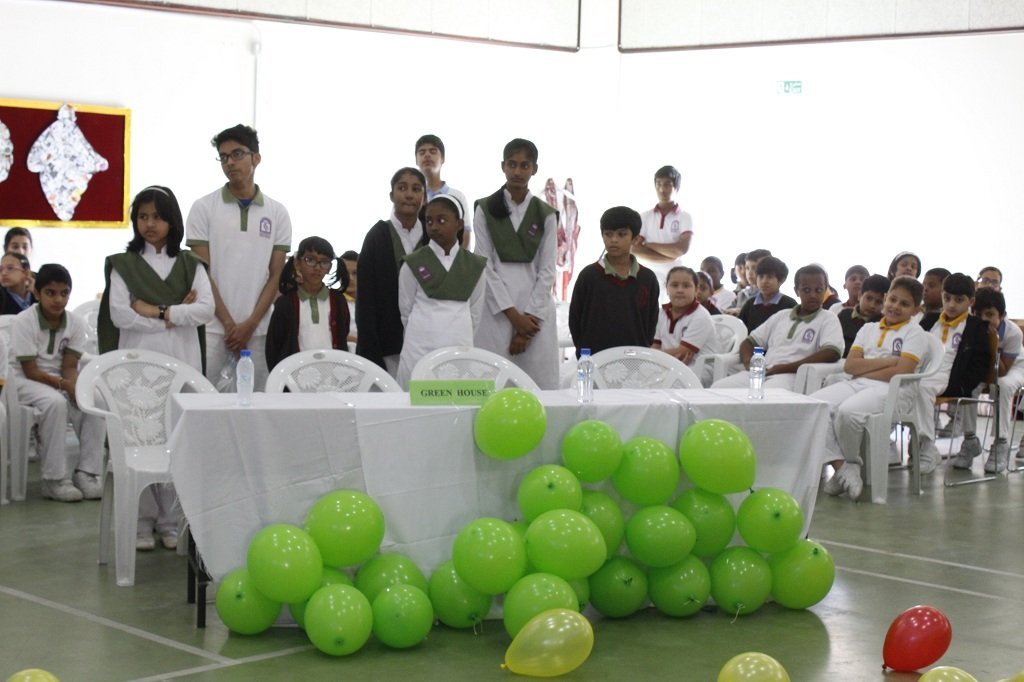 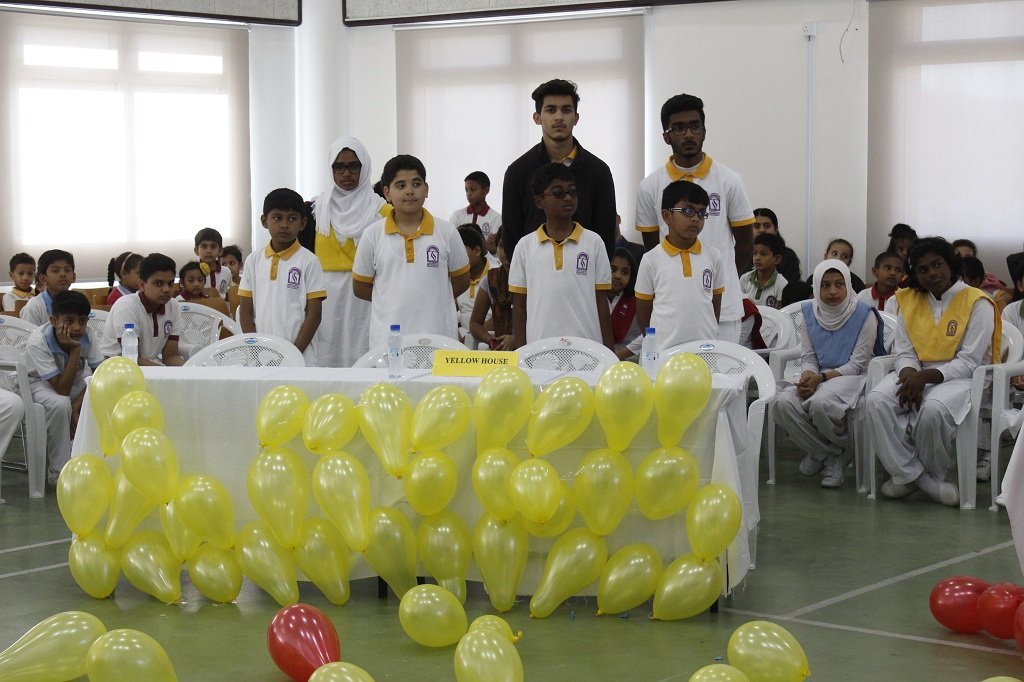 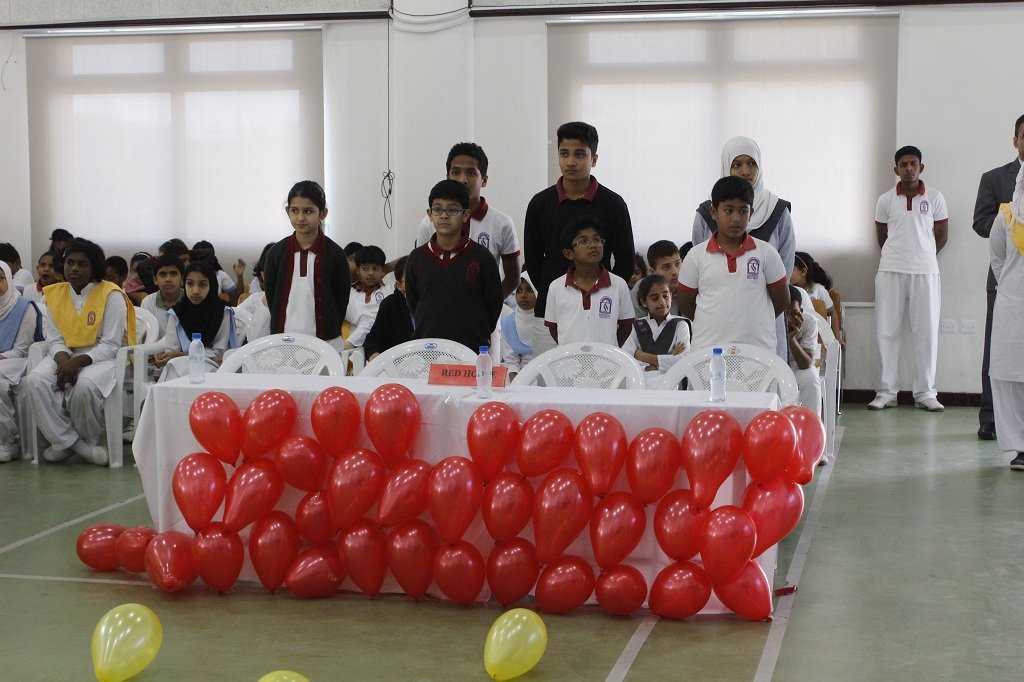 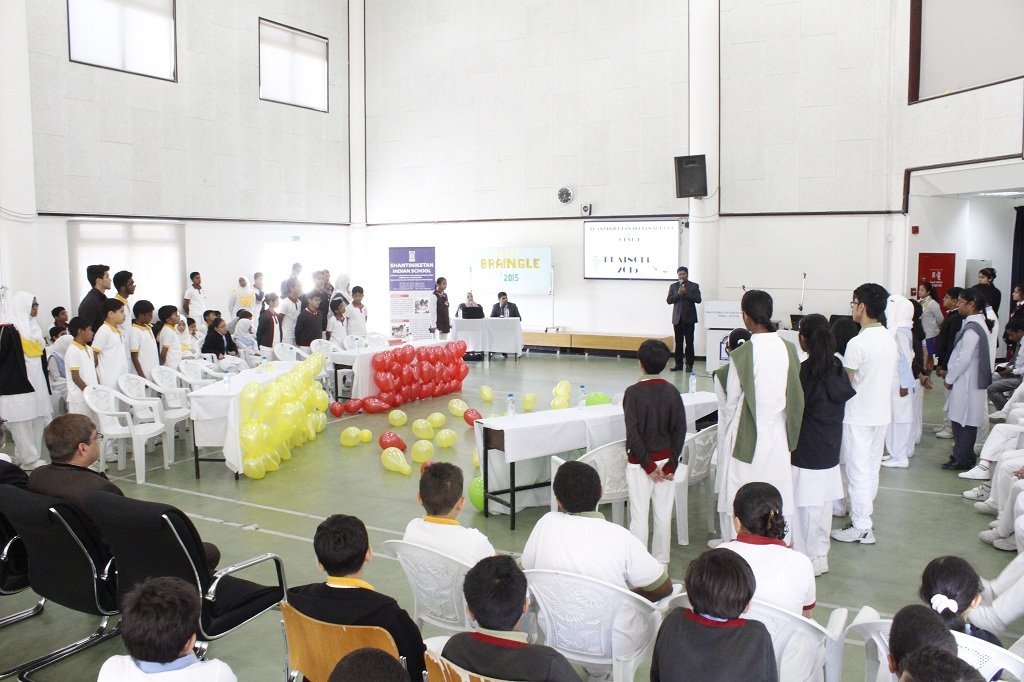 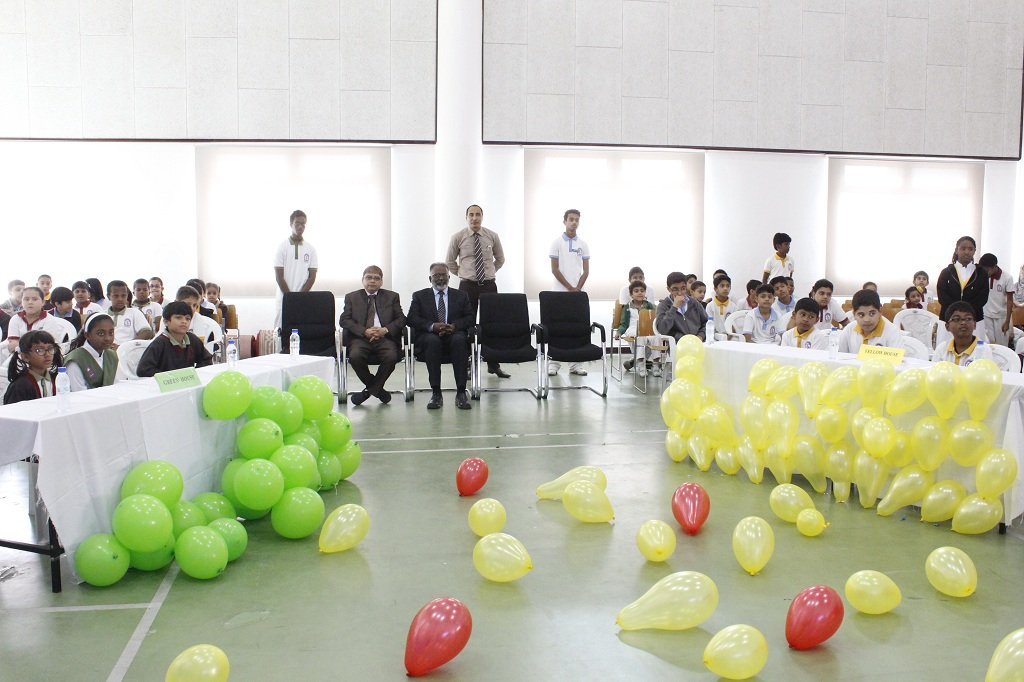 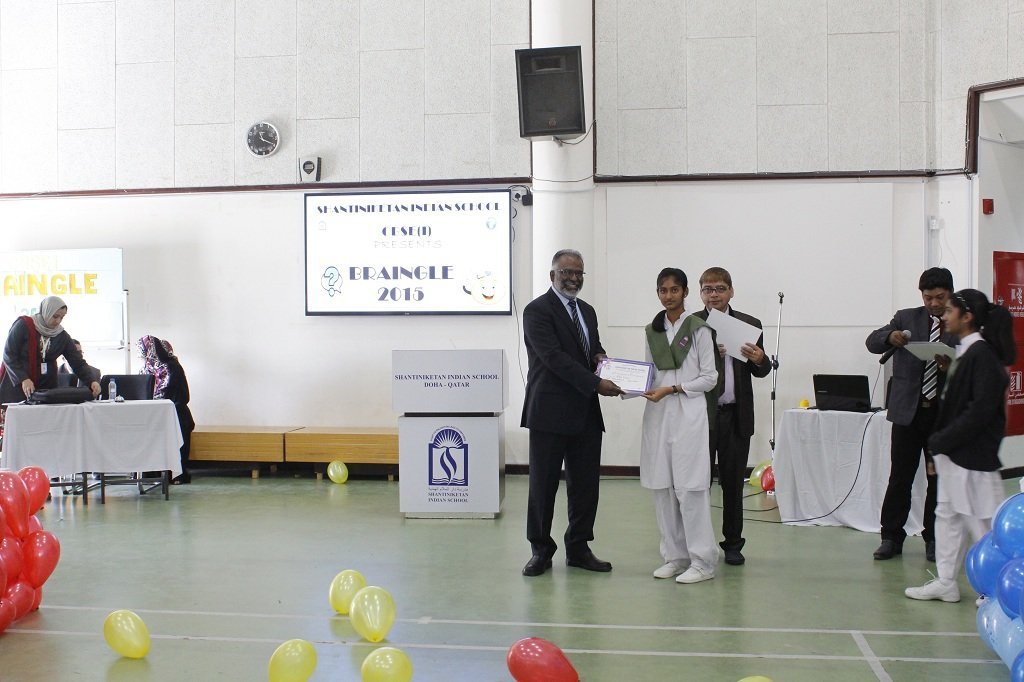 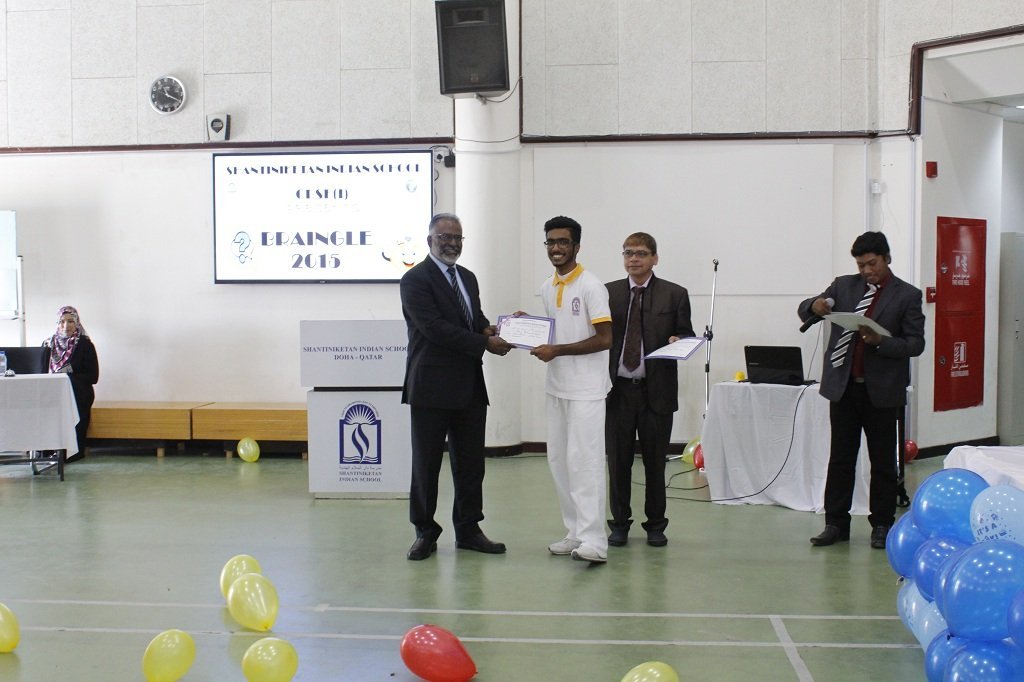 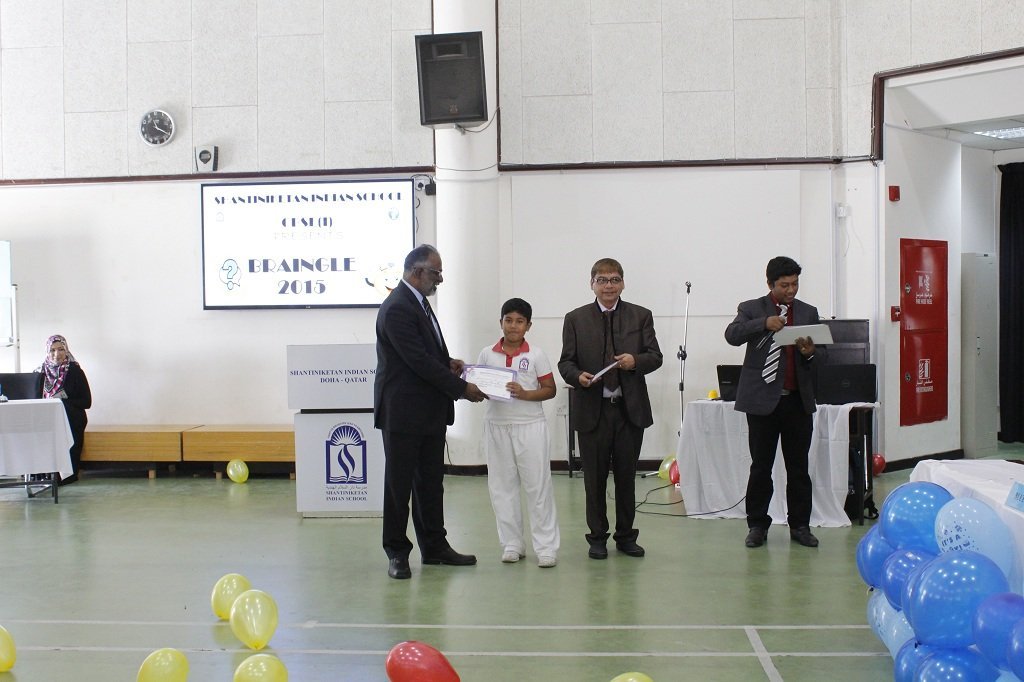 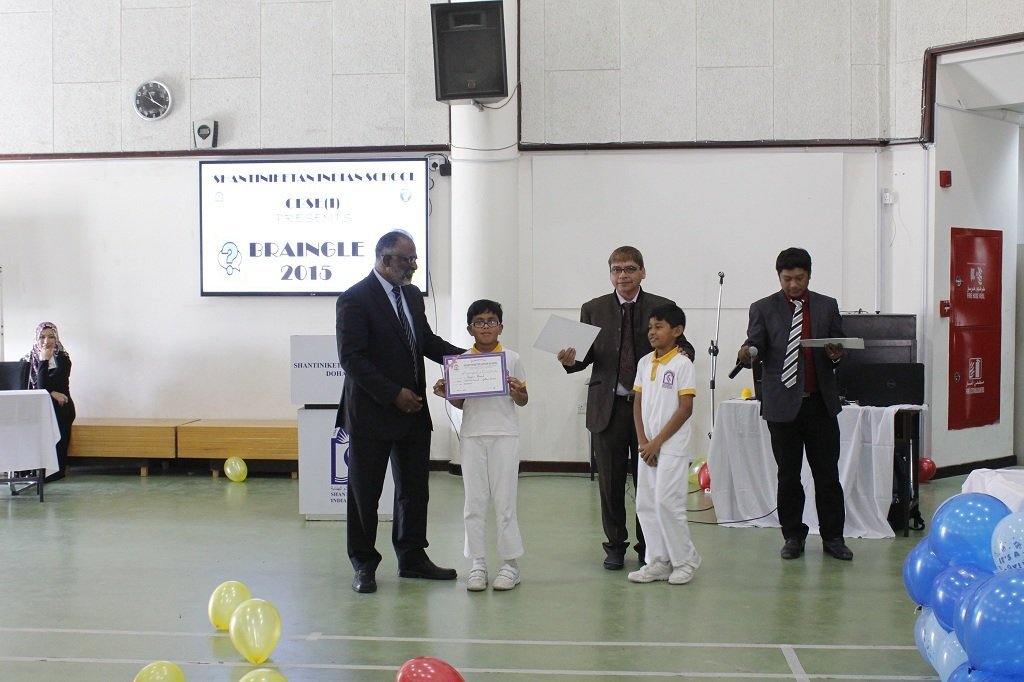 The CBSE (i) added another success to the eventful Session of 2015-16 with a superbly contested Inter-House Quiz titled “BRAINGLE”.

Contestants from both the categories displayed a high level of IQ during the whole event. It was very closely contested in which Blue House (Marwan Magdy, Abeer Bin Mohammed, Lamiya , and Ali Nadeem) emerged as winners in the Junior Category, The Senior category title was won by Green House (Ziku Islam, Astha Kumar and Giselle Fernadez).

The event was keenly attended by the Principal, Vice-Principals and Section Heads. The parents showed great enthusiasm and spirit to encourage and support the event. The event was enkindled with some smart quizzing by Mr. Donald Dcosta and Mrs. Annu Kumari in the Junior Category. Mrs. Afshan and Mr. Christopher Jacob were fabulous to make the senior category highly interesting. Students, who also formed the audience, were not far behind when the questions were passed on to them.

The Honorable Principal, Dr. Subhash Nair, showered high praise on the knowledge and enthusiasm of the participants and the efforts of the teachers for their hard work and hailed BRAINGLE – 2015 as “Huge Success.”

Mr. Dudley O‘Connor, the Vice-Principal of the CBSEi wing closed the event appreciating the hard work and sincere efforts of the Braingle Team – Participants and Organizers. During his closing speech, he recalled the challenges that students have to face to emerge successful.