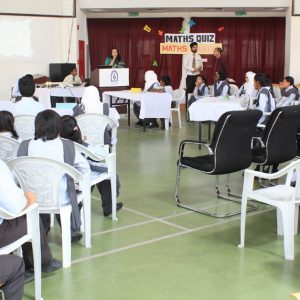 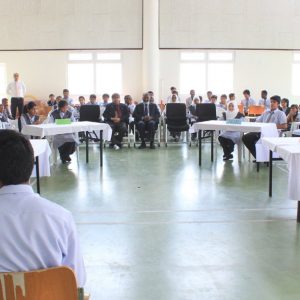 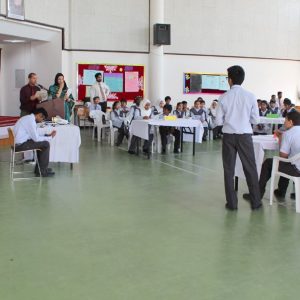 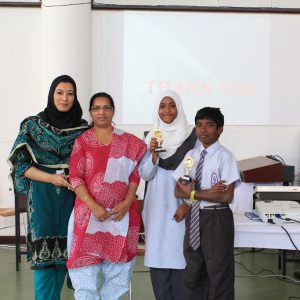 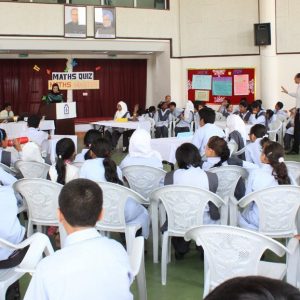 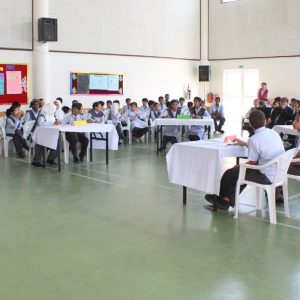 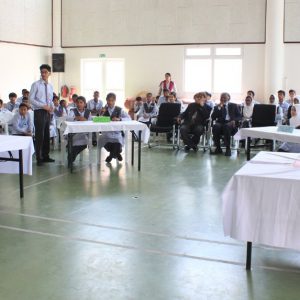 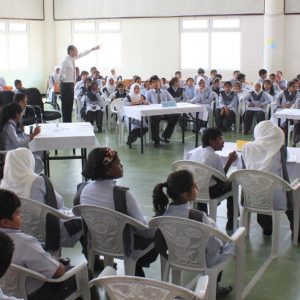 Mathematics is used throughout the world as an essential tool in many fields, including natural science, engineering, medicine, finance and the social sciences. Applied mathematics, the branch of mathematics concerned with application of mathematical knowledge to other fields, inspires and makes use of new mathematical discoveries, which has led to its development.
CBSE-International leaves no stone unturned for the development and appreciation of students work. One such important aspect is giving exposure and applying the subject in actual practice
Once again CBSE-i took an initiative to appreciate and recognize the Mathematical skills of students from class 8 and 9. “MATHS MASTERS – 2014” – an Inter House Quiz  held on 12th May 2014 where eight selected students took part.
The participants were:
RED                     BLUE               GREEN         YELLOW
9 i     Nour El din         Sumayya           Astha              Sally
8 i     Imamuddin         Hussain            Giselle          Keerthan
The Quiz began with enthusiastic Quiz Masters Mrs. Afshan Rathore & Mr. Deon leading the children into various rounds of :
A) Rapid Fire
B) Subjective Round based on Mathematical logical and reasoning skills.
C) Visual Round laying emphasis on observation skills.
Present for the quiz were Principal, Dr. Subhash Nair, Vice Principal CBSE-i, Mr Dudley O’Connor & Middle School Headmistress, Mrs. Prabhasaji. In the vote of thanks Mr. Dudley O’Connor congratulated the winners Sally Omer and Keerthan Srikanthan of Yellow House. He further extended his thanks to his staff, teachers and students.
Scroll to Top