Shantiniketan Indian School celebrated the 71st Republic Day of India on 26th January 2020. Mr K C Abdul Latheef, President of SIS, unfurled the National Flag and addressed the gathering. He emphasized the words of the President of India, Mr. Ram Nath Kovind, whereby he insists the citizens of the nation to be committed to engage the global community, in order to build a secure and prosperous future for them and the entire humanity. Mr K C Abdul Latheef reminded about the freedom movement and its leaders like Dr Ambedkar, Mahatma Gandhi, the hardships and sacrifices they had undergone to unify the Indian society seeing the beauty in diversity. He stressed upon the clear understanding of the values and practices along with honouring one’s host country and try to strengthen the bilateral relations too. With reflect on education, he said that the stakeholders have the responsibility to keep up the tradition and develop the educational institutions and bring up the future generation in a way that they protect the values of our constitution, justice, liberty, equality and brotherhood. As rightly followed by the preamble reading by Miss Padmapriya, the notion of President Sir was rightly conveyed.

The event featured a blend of cultural and traditional extravaganza. The emotions and excitement of the South-Western states of India – Andhra Pradesh, Tamil Nadu, Kerala, Goa, Maharashtra, Gujarat and Rajasthan – were beautifully depicted through a dance performance. The sense of patriotism was instilled with a dance by the junior section team of SIS, a speech delivered by Miss Alia and a poem recitation by Miss Bhumi. The teachers of SIS also presented a patriotic song to instill the fervor of ‘One Nation.’ Principal of SIS, Dr Subhash Nair represented SIS at the Republic Day celebrations organized by the Embassy of India on the embassy premises. 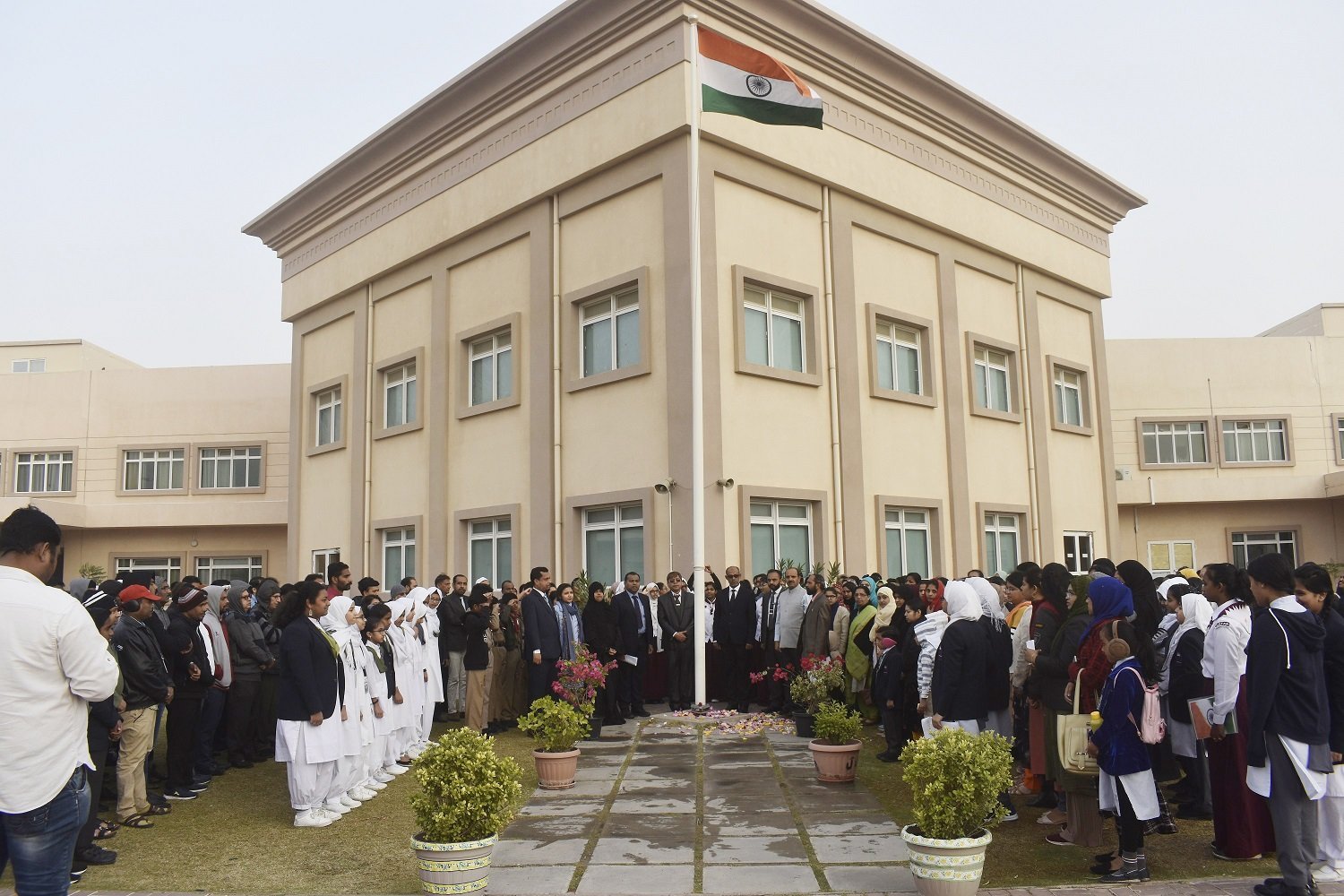