Democracy Day was celebrated with a Mock Parliament organized by the Social Science Department. The Students of SIS replicated the structure and working procedures adopted in the Indian Parliament – the top legislative body in the country.

Acting as the elected Members of the Indian Parliament, they performed a role play in a typical setting of the Lok Sabha – The Lower House of the Indian Parliament. Meera Anthony (10 B) took up the role of the Speaker and controlled the entire proceedings of the day with finesse and perfection. She started the proceedings with the announcement of the day’s programme. Ruben Varghese – acting as the Prime Minister presented the achievements of the Government amidst uproar of the opposition members.

This was followed up with the Question Hour, where the members of the Opposition party asked questions related to social, economic and education issues confronted by the country. Three Bills were introduced which were discussed and intensely debated in the House amidst the threat of a walk out which was beautifully enacted by the students. The proceedings in the House ended with an electronic voting system through which one of the Bills was passed for consideration in the Upper House and the other was sent back for reconsideration.

Vice Principal, Mr. Shihabudeen Pullath took the opportunity to praise the effort of the students and the guidance of the HOD – Mr. Shakir Hussain, and other Department teachers. He also expressed hope that some from among the participants would one day be the real member of the Parliament.

Dr. Subhash Nair, the revered Principal of SIS, praised the students and challenged the students to enact a Model Parliament showing the current leaders what the citizens of India actually want the proceedings to be in the House. He appreciated the Students and the Teachers for putting up a wonderful show. 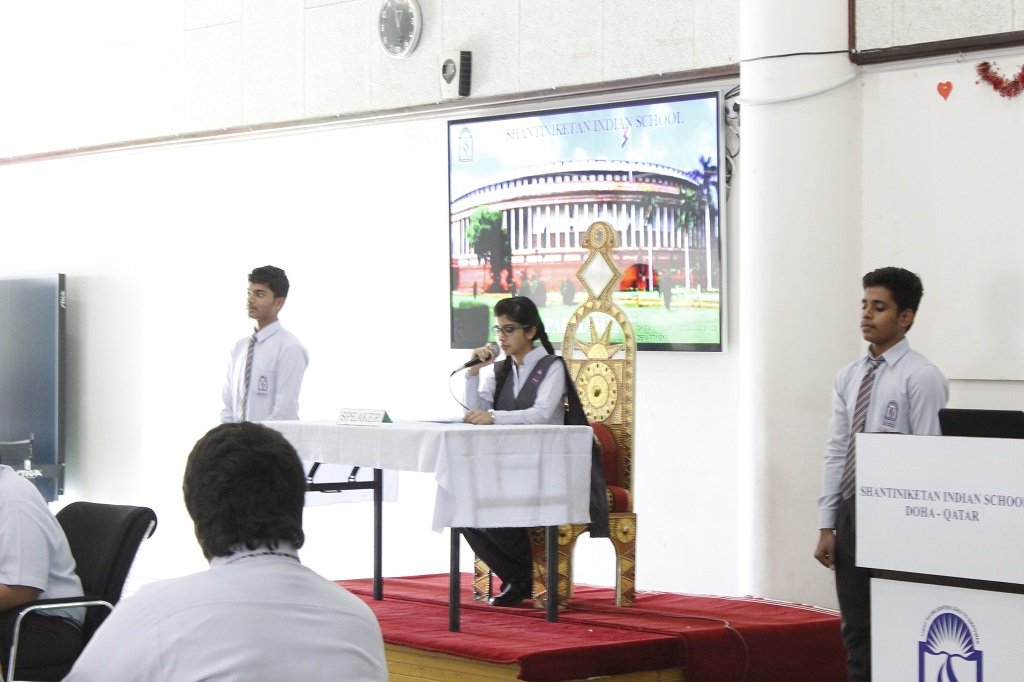 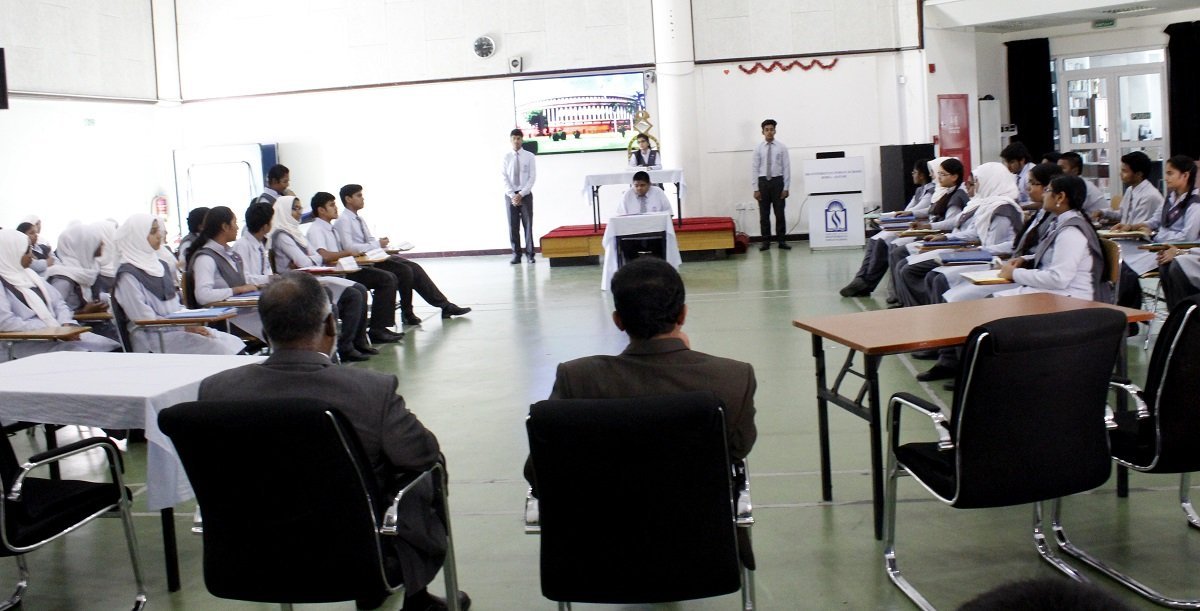 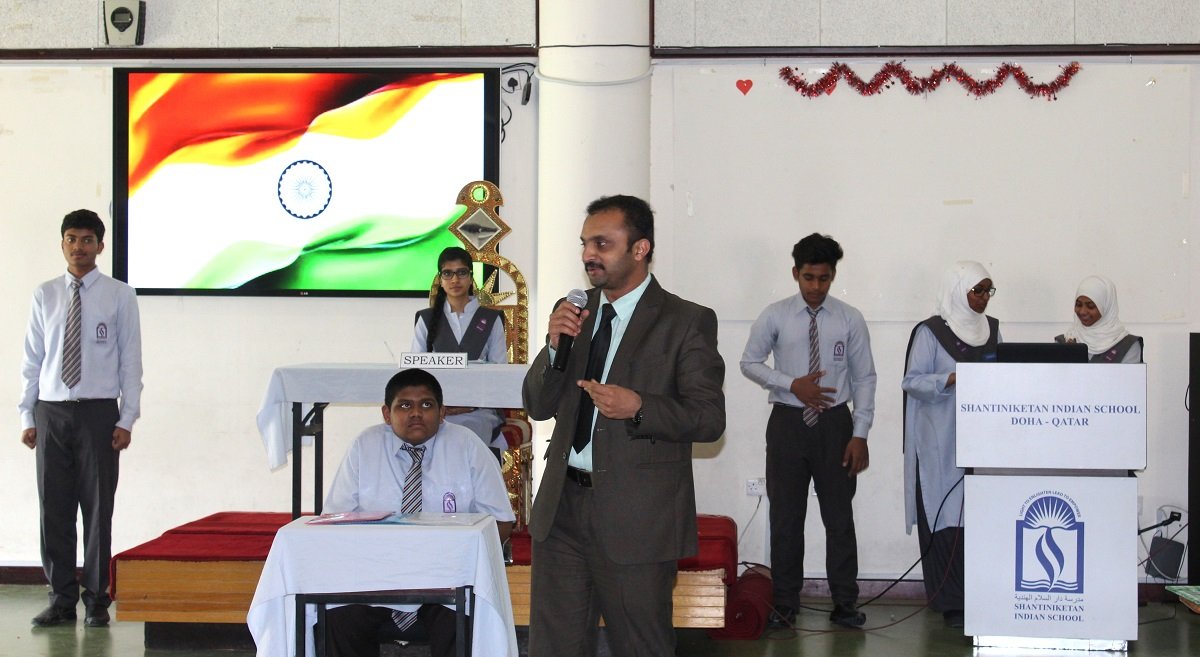