Gandhiji is remembered for his contributions towards the Indian freedom struggle. October 2nd marks the anniversary of Mahatma Gandhi’s birth on October 2, 1869.

Exuding respect and pride for the father of the nation “Mahatma Gandhi” the students of SIS celebrated Gandhi Jayanti in the school premises and showcased enthusiasm and vibrancy. Minha Muneer of  Std II delivered an inspirational speech conveying the message of Truth and Non-Violence.

Students of Playschool to STD II participated in a thematic fancy dress show. ‘The person who I admire the most’. It was a feast to the eyes as tiny tots dressed up as Gandhiji, and other national leaders, enchanting mimicry of various animals, professions, fairy tale characters etc. with colourful makeup and attractive props. Children were amazing on the stage, magnificent and never failed to enthrall the audience. The highlight of the show was little Rehana of K.G II who mesmerized the audience by her melodious songs ( Doraemon and Chandahaitu……)

The department of Social Science took initiative of bringing awareness of cleanliness by launching cleanliness drive. A quiz was conducted on life of Mahatma Gandhi to enlighten the young minds about the life of Mahatma Gandhi .Students paid tribute to mahatma by taking a pledge to follow the path of nonviolence and to propagate his message “An eye for an eye will turn the whole world blind” 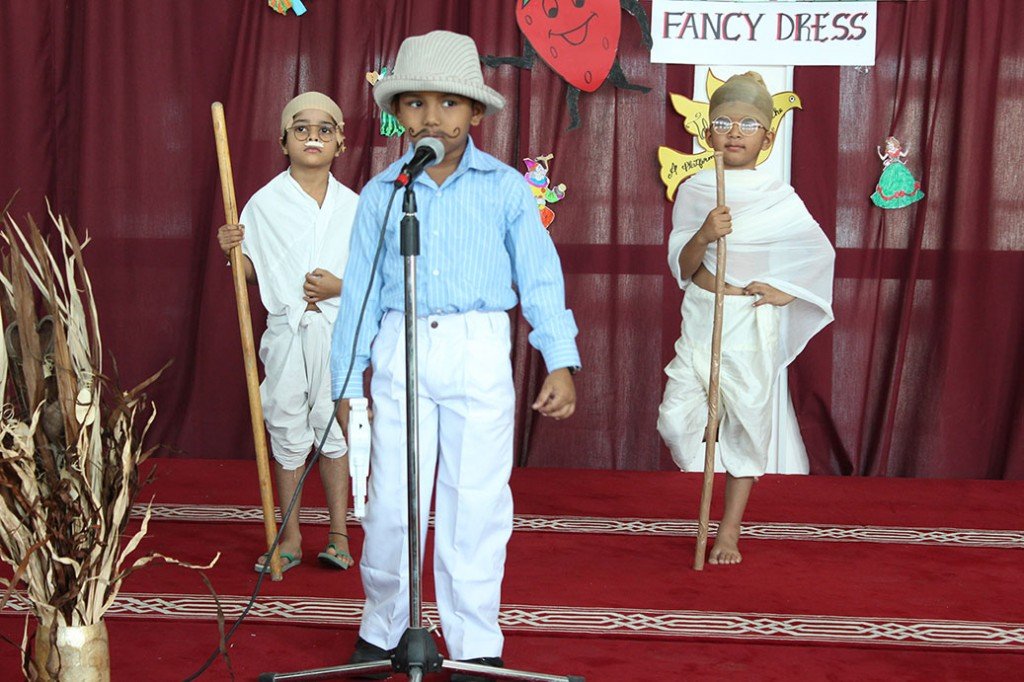