On September 12th, 20 students from different classes had the privilege of visiting the Indian Navy Warship-INS Tabar, berthed at Doha Sea Port. We left our school premises at 9 AM and returned at 12 PM. The students were escorted by Mrs. Liji and Mrs. Carol. It was a memorable trip as it chanced the students to have a close glimpse of the Indian Navy Warship-INS. An officer, Mr. Vijesh Batnakar, escorted us.

The INS Tabar is a Russian built F 44 class combat warship bought by India from Russia and put in service in 2004. It is part of Indies Western -Naval fleet, and has its home base in Mumbai, India. Its major functions are to patrol the Indian and International waters to the west of India, it has been in anti-pirates operation in the Somalian seas of Africa. It can run up to a maximum speed of 30 knots per hr. but is normally driven in a 15 – 20 knot range.

Its title ‘Tabar’ is derived from Hindi word Tabar, meaning battle axe which is its logo and symbolizes power. Its moto is ‘Guts and Glory’ which was explained by the captain as “……….we fight with guts, in order to bring glory to our nation”. It is currently in Qatar for an oil collection and practice operation.

INS Tabar is fitted with a long-rage battle cannon; a pair of Russian-Kilo class missile launches, 4 close range machine-guns and an anti-aircraft artillery gun. It has in its bay a helipad for its in air patrol helicopters and enough place to fit in 2 cargo-bays. All the above machinery is completely system operated and are equipped and fitted with highly dedicated radars. The ship is fuel operated. it has in it two-war head fitted torpedoes for naval action. It has a change cum motor anchor system and has two boats ready to be deployed. It also has two huge radars and six antennas.

After the tour of the ship, we were treated with snack by the officers and few pamphlets were distributed describing various tourism places in India.

We personally felt it was an amazing experience I would like to thank the school management for arranging this trip. It was a very inspiring and knowledgeable trip which gave us an insight into the  hard life of our navy. 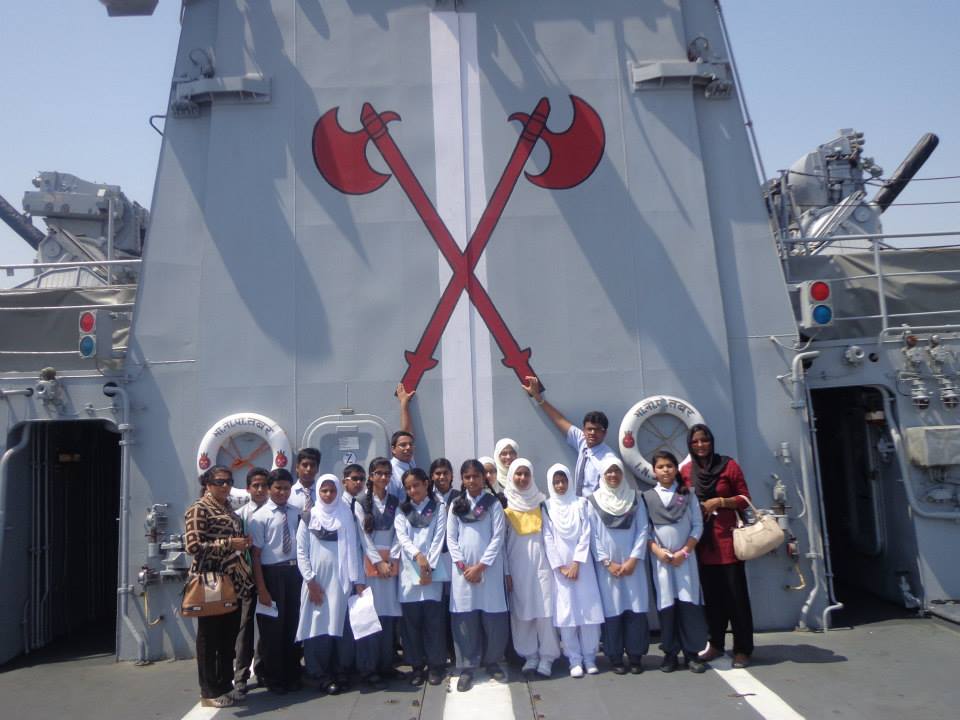 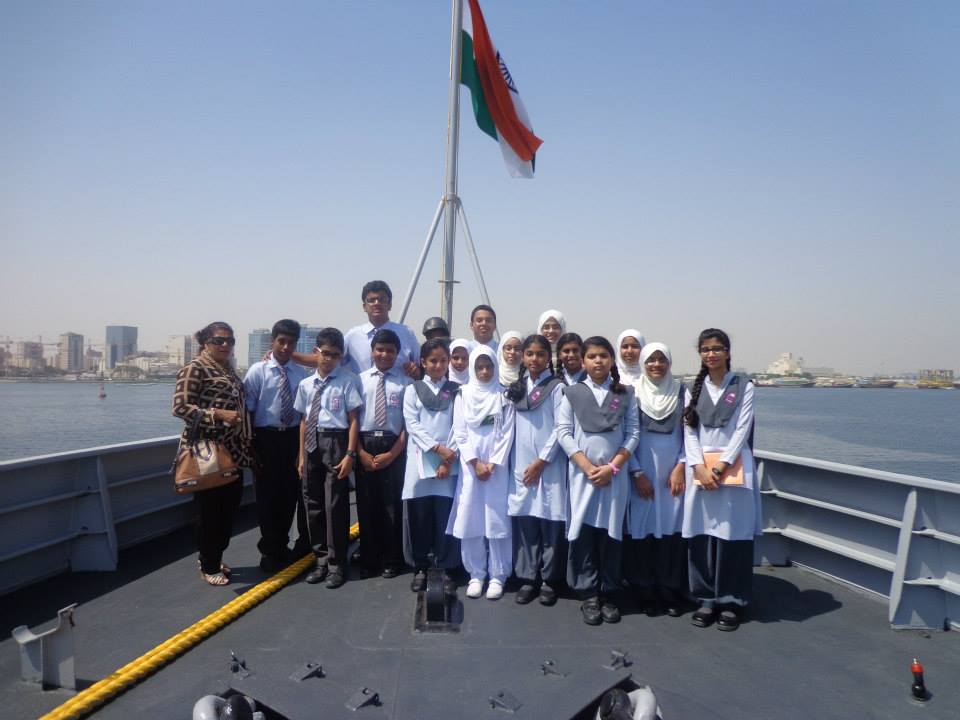 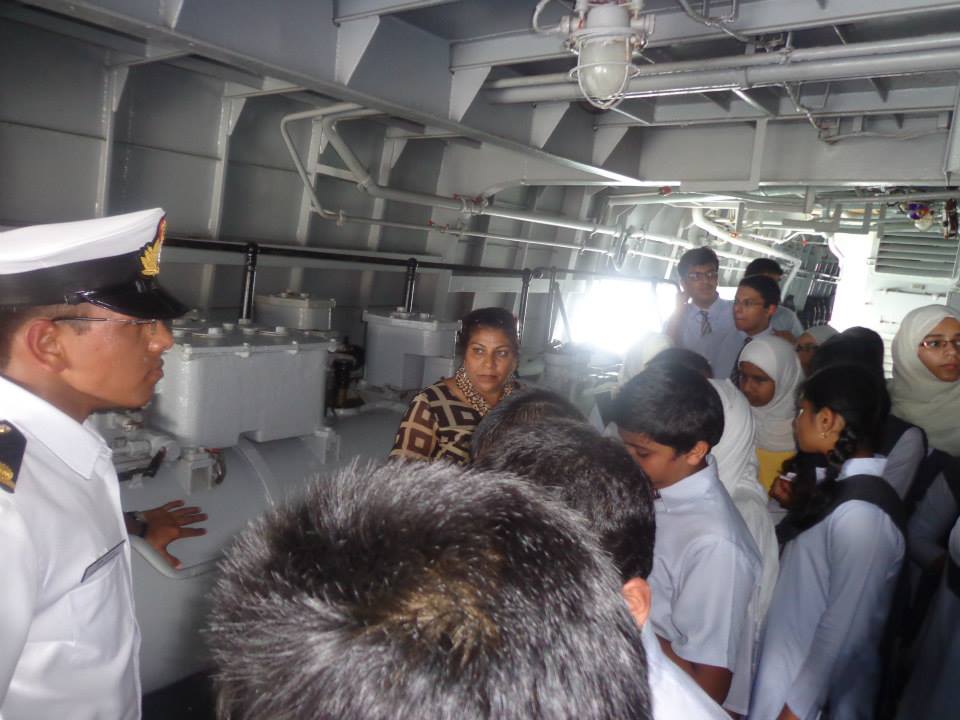 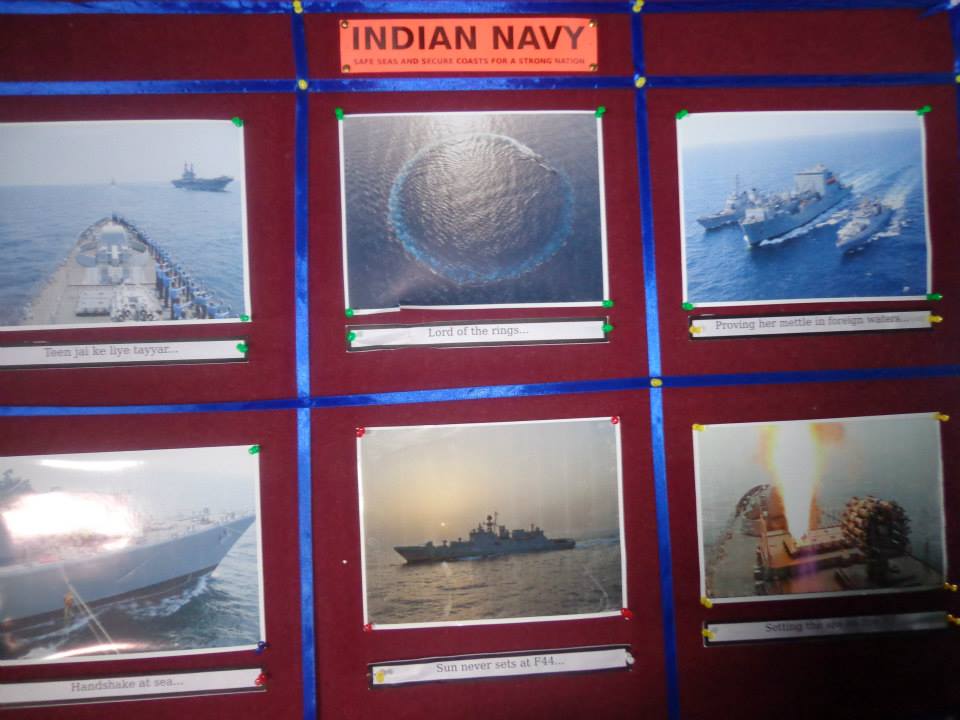 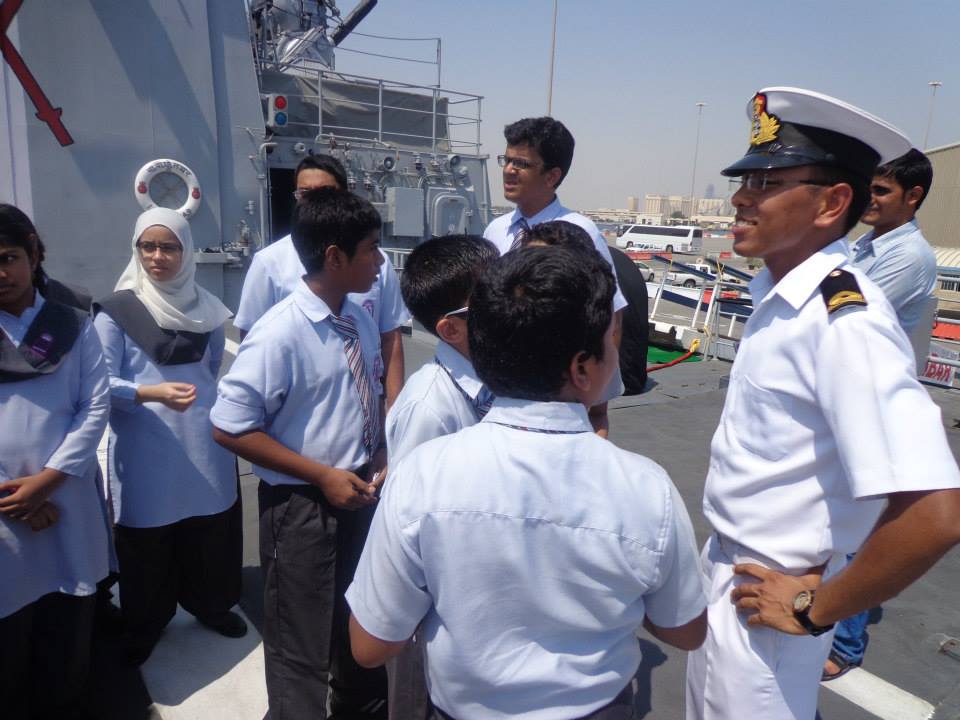